This is a multi-step but exquisite recipe, definitely for special occasions. Chef Regan Reik of Pier W restaurant made it for a farmers market gathering, and we’d do it for guests we’d really want to impress: future in-laws, a second or third date with someone you really like, a family reunion. Maybe for ourselves.

It looks like a lot of work, but you can do it in stages: One day for sauces. One for veggies. The next for phyllo.

Reik makes it round, but he says you can also make it rectangular in a torte pan. We say double it and make it in a large cake pan and have enough for plenty of guests. Make this effort pay off.

Everything – including the herbs – are in season now. And of course the phyllo dough, the Athens brand anyway, is made in Cleveland.

Salt and pepper for seasoning

Make cheese mixture: Mix all ingredients well in a mixer with a paddle attachment. Taste for seasoning. Refrigerate.

Make aioli: Combine all ingredients except oil in a blender. With the machine running on medium speed, slowly add the olive oil to emulsify. Refrigerate.

Build phyllo layers: Lay one sheet of the phyllo on a cutting board and carefully brush with some of the melted butter until it is saturated. Lay another sheet on top and repeat with the butter. Next lay the basil leaves on the second sheet of phyllo, spread out evenly, then place the third sheet of phyllo on top and butter again. Finally place the last sheet of phyllo on, then butter a final time. Depending on the size of the pan you are using, you may have to make more than one.

Cut and bake phyllo: Using the cake pan or terrine mold as a stencil, cut out three equal pieces out of the phyllo to fit across the pan.

Lay them on a baking sheet lined with baking paper, and bake in a preheated 350 degree oven for 10 minutes, or until brown and crispy. Remove from the oven and set aside to cool.

Prep squash: Peel the eggplant, and slice it thinly lengthwise. Thinly slice the squash and zucchini. Lay the pieces on a baking tray, and then season with a little salt to draw out their moisture. Let them sit an hour before dabbing them dry with a paper towel.

Prep peppers: Burn the skin off of the peppers by blistering them dry, over a hot grill, until the skin on both colored peppers are black, charred, and peel easily. Over a sink and running water, peel the skins away. Then open the peppers, remove the seeds and the “ribs,” and set aside.

Grill squash: Drizzle the olive oil over the eggplant squash, and zucchini, and season with the garlic. Grill the pieces very briefly and set aside.

Layer torte: Line the terrine mold or cake pan with plastic wrap, and oil the inside with remaining olive oil. Cover the whole bottom of the terrine with one third of the eggplant. Paint with melted butter, then salt a bit and add a third of the goat cheese mixture. Be sure to build everything in the terrine in thirds, and evenly. Next put in a layer of red peppers, followed by a little more butter and salt. Follow this by a layer of phyllo, then squash, then zucchini. Between all layers brush lightly with the butter. Add a little more goat cheese mixture. Spread evenly. Begin again with the peppers and repeat through all of the remaining vegetables and phyllo until all are used up.

Chill: Cover the terrine with the plastic wrap, and allow refrigerating overnight before turning out and slicing.

Serving: Slice the terrine and place on a chilled plate, and surround with some of the basil aioli. 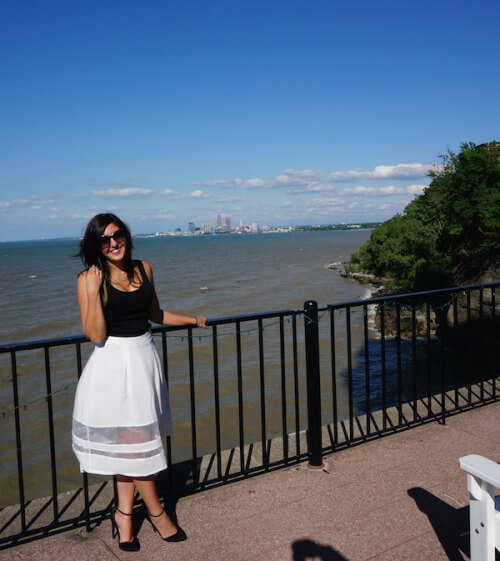 Pier W’s cuisine is even better than its view